THE SWAN PANASIA EDITION OF THE GAME „SHARK ATTACKS!“ 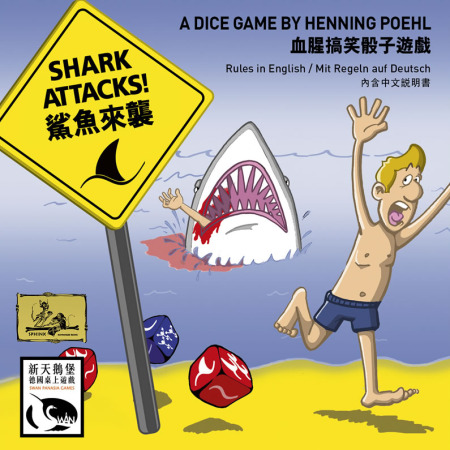 The license for the game was transferred to Swan Panasia Co. Ltd..
The selling of the game on the European market is taken over by Sphinx games.

ATTENTION – THIS GAME IS CURRENTLY IN PRODUCTION AND WILL BE IN STOCK NOT BEFORE MID OR END OF NOVEMBER!

You can preorder the game here.

You are the owner of a fashionable beach hotel. When business is booming, many tourists swim in the waters.
Unfortunately, the beaches are frequented by sharks, and the negative publicity of a shark fatality drives away future visitors.

Therefore, try to maximize the number of guests in the water, while saving as many as possible in case of shark attack.
At the end of your turn, depending on the roll of the dice, record how many swimmers you have, or how many rescued. 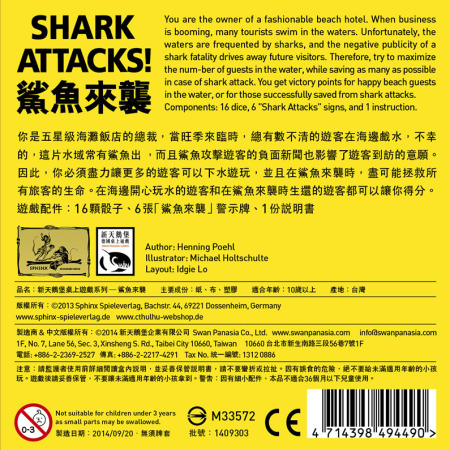 In addition, you will need a pen and a piece of paper.

You can preorder the game here for a special price. – Warning: Not for pick up in Essen.